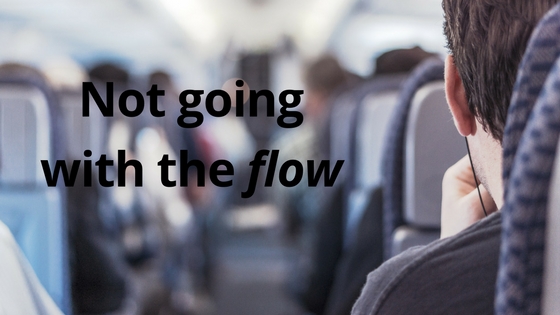 I’m one of those people who doesn’t follow fashion or the latest trends. As a woman, people expect that from you. But like my blog address says; Tomboy for life. I hate that girly stuff and if people can’t accept that then it’s too bad. I follow my own path. I didn’t rebel when I was a teenager but rebel now against all these stereotype things. I rather be the driver of my life than the passenger. I’m not here to please people. I dare to be different. People expect you to go with the flow and be like everyone else. You should like the same movies or the same music like everyone else. If you’re single you should live like in Sex in the City. You should dress in a certain way because of your gender. If you’re not like everyone else, they call you names or look at you strangely. People are too attached to looks. They judge you by just looking at you instead of getting to know the person. If you look at a person you can’t know what they’re really like. Even if you know a person, you can’t know everything about them. You only know them what they tell you.

I’m a big music lover and one of my favourite music is mainstream. But what they have these days on the charts, it’s something I don’t care about. I don’t know half of those bands or artist you see these days. I listen to those who’s been around for years. They know how to make music and it’s up to date. I used to follow the music business and knew about the latest hits. Now I just don’t care anymore. I don’t know what kids know about music history but if you don’t even know any a singers from the past, then what kind of music lover are you. When I was that age, I knew about the music my parents listened to when they were young. Now if it’s a band or singer who was popular 15 years ago, kids don’t know them. If they listen to old music they laugh or think it sounds awful. Music knowledge should be taught in school. If there weren’t The Beatles, Rolling Stones etc, there wouldn’t be any of the current ones. Things haven’t changed since I was a teenager. Then they listened to music that was on the charts and when new ones came, the old ones were forgotten. I was never one of those teens who changed music tastes every week. I still listen to some of the bands and singers I listened to then. You don’t see their music on the latest charts even if they have released new material. Duran Duran is one of them. Kids these days don’t know what good music is anymore.

I’m also a movie lover and I watch movies that I think is interesting. I don’t go and see a movie because it’s popular. Some years there’s not much I want to see. But years like this one there’s been a lot of interesting movies. I’ve seen at least 3 movies in the cinema this year. There’s two more and they’re Thor and Star Wars. I was actually not very interesting in them when they were trendy. I still don’t care about certain Marvel movies but I’ve watched Thor and Doctor Strange on blu-ray. I’m so called late bloomer when it comes to those movies. If the characters were played by other actors, I probably wouldn’t care about them as much as I do now.

I never do things rationally. If I decide something I think long and hard if it’s worth it. The only time I went with the flow was starting this blog. I’ve always written something and when I started, I was never afraid to start one. I wish I could make easy decisions like that in other things as well. I’m my own driver of my own life. If passengers wants to get on board, they’re more than welcome.

3 thoughts on “Not going with the flow”