This is part two of my holiday in Playa del Inglés. It’s in Gran Canaria. An island that belongs to Spain. I looked on Google Map where it is. It’s more close to Western Sahara than Spain. The island is in the middle of the Atlantic ocean which you can see on the photo above. We arrived there on Thursday, March 28. To Las Palmas where the airport is, to be exact. It took about 30 minutes by bus to Playa del Inglés. The ride was organised by the Finnish travel agency, Aurinkomatkat (trans. Sun travels)

When we came to the destination, the bus circled around the narrow streets to the hotels. I don’t know how many we stopped by because it felt like ages before our hotel. But when we did, it was such a relief after a long trip. We got our room with a balcony and what a view it was. You could see the whole town from there. Below there were swimming pools and sun chairs.

Before dinner, we went to the store to buy water and other things. You shouldn’t drink the tap water because you don’t want to get stomach problems. You should even brush your teeth with it to make sure. The dinner was at 6.30 pm but dad thought it was too early to go. Luckily I ate a sandwich before we left home. In the hotel, there was a bar and outside that, there was a popcorn machine. It had two flavours. Since I don’t speak Spanish, I didn’t know what they were. There were ‘dulce’ and ‘salada’ so I picked dulce. It was, of course, a bad choice. I didn’t know then it meant sweet. It wasn’t, it tasted awful. I’ve never eaten popcorn like that before and I hope I never will. I tried to eat it all but I couldn’t so I put in the bin. I had to eat something because I was feeling peckish.

Speaking of culture shock in food. At dinner, you had to pay for the water separately. I was appalled. Dad had paid for the food in advantage and yet you have to pay for the drinks. I have never experienced that anywhere else. Every dinner you had to pay for the beverages but you get used to it, I guess. A few evenings I didn’t drink anything because I didn’t want to say aqua all the time. They spoke English though so later it got easier. The food was good though and it felt like you ate a lot. The first breakfast the coffee was from a machine and it tasted awful. But then I saw normal coffee where you could put milk in yourself. My mornings were saved. Without coffee, the days would have been a bit different.

The first days of the holiday, I found it really boring. There was nothing to do. The hotel had a stage where had different programs but that doesn’t help my boredom. There were a lot of Germans and a lot of them smoked. You couldn’t sit outside at all because of the smell. I was surprised by how many smokers there are on Gran Canaria. Even the employers, guides, bus drivers etc. Are they born with a cigarette in their mouth or what? It was really annoying. At least they didn’t smoke inside. Hail smoking laws. In a hotel, you can get away but when there are smokers in a small place, you can’t escape far. I get to that in the next post. If we didn’t have plans this holiday would have been the worse ever. People mostly were there to get some colour on their bodies but neither of us like that sun that much. I’m definitely not a beach holiday person. I prefer city holidays.

My parents had been on this island in the 1990s and they went on a sailboat trip. We would go on this same trip. The problems were how to get in touch with the Finnish guide. There was a phone number you could call but when we tried, it went to Helsinki. There they couldn’t help at all. We asked the reception and they gave us a few numbers. None of them worked either. So what to do? There was a folder in the hotel so we looked there for information. The guide could be found in another hotel on Saturday. I asked the reception where it was and it was only a block away. Then finally we could book us a trip. It was on Sunday. The bus ride would pick us up from the hotel. What we learned from this experience is, always pay trips in advance and you don’t need to find the guide like a needle in a haystack. So a bit of dazzle at the beginning of this trip on the island.

Greetings from the Canary Islands. Playa del Inglés in Spain to be exact. That’s where I’m been from last Thursday and we got back yesterday. It was my first time on a plane and in Spain in general. There’s is a lot to write about this trip so I do it in parts. There won’t be any dirty laundry to tell even if the trip wasn’t totally perfect. I’m still pretty tired of the trip so this one will be about the beginning of it. I’ll write more about it when I get them written down. I took 179 photos which are probably the most photos I’ve ever taken on a holiday. Obviously, I will only show the best ones. 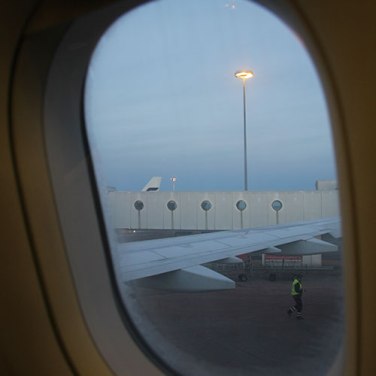 Inside the plane before the take off. ©Mia Salminen 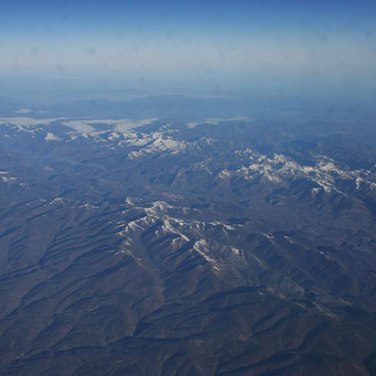 Getting close to Spain. View from above. ©Mia Salminen

I was quite excited to finally travel by plane. I thought it would be nerve-wracking but it wasn’t at all. I wasn’t even afraid to look down. Usually, I don’t like heights but now I quite enjoyed it. The flight took over 6 hours but taking photos from the view and doing drawings made the time go faster. I can’t even imagine how people can sit on a plane for 12 hours. It would bore me to tears. There was some turbulence but that can happen when you’re 11 kilometres from the ground. It was great to see the clouds below you. It’s even better when you see land from above.

Only when the plane turned there were a few butterflies in my stomach. But not on the trip home because then it wasn’t anything new. It was actually quite cool. When we left (me and dad) it was cold and some snow so I had a winter coat on. But when we arrived in Spain it was warm so it was quite funny to wear winter clothes. It was probably over +20 Celsius and windy so what a difference it was. When you get back home it’s totally the opposite. That’s how it is when you go to a warm climate to a cold one and the other way around.

So that was the first part of the trip to Playa del Inglés. I don’t know when the next bit will come. It all depends when I get to write the things down. Patience is a virtue so stay tuned.