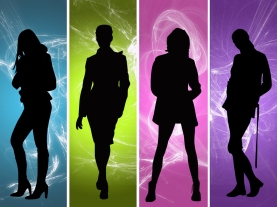 Writing 101 is already over but I haven’t finished the assignments yet. This should be free writing day but I’m gonna cheat a little. I won’t “free write” because I will check the spelling out. I just don’t like my spelling errors. Especially in English. I don’t want to write nonsense either.

So models is the subject. You know those models on the catwalk. I’ve watched the Fashion channel and I don’t even follow fashion. I have no intentions of writing fashion in the first place. I’m just amazed how the models can walk in a streight line without falling over. I tried to walk like that just for fun and it’s not easy at all. They also wear weird shoes with high heels. I don’t know how they do it. I don’t think it looks pretty either. The walking that is.

Most of the models are female. If you ask people if they can name any model in the world. The answer would always be a female. But where are the men models? If you ask me, I could say a lot of males that could be models but they’re not. Male models I’ve seen aren’t really gorgeous. Sure they’re tall and all that but that’s about it. I’ve seen better looking men on the streets than male models on TV. I could name a few non models but I don’t know if any of my readers know who they are. And I won’t search for any photos of them either. So I won’t name any.

OK, maybe one. Or two. For example Usain Bolt, the fastest man on earth. He’s tall and fit with a glimpse in his eyes. He could be a model. But athletes probably do PR work that contains modelling for something. Another one that could be a model is Lee Pace. He’s tall (long pause) I was saying. Yes tall. Sorry got distracted there for a moment. Let’s just say he got a lot of good qualities to be a model. But that’s all I’m saying.

You don’t see male models on Fashion TV that often but maybe because most good-looking men are not models at all. I’ve been to fashion shows but they are not the same. Shows I’ve been to have been in department stores. Fashions shows are quite boring but it would be kind of fun to see those real ones. Peace.