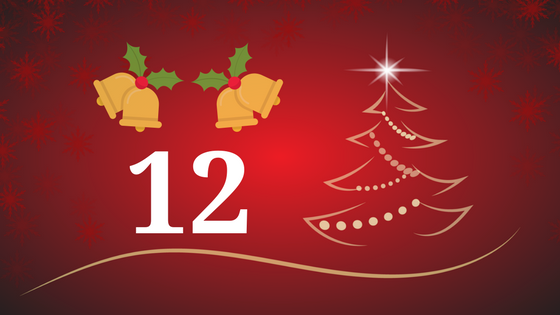 Twelve days have gone and 12 days to go. At least if you celebrate Christmas on the 24th. A lot of people gets more stressed as the time passes. They worry about if they get their decorations ready on time and the same with food. Not forgetting presents. They worry about what to get their friends and family. Most importantly how much money to spend. Some presents don’t need to be bought. People rely too much on material things. There are other ways to remember people. How about giving something they really need?

I don’t usually have a theory about things unless it’s a movie or something. But since we’re kids we get lied to that presents makes Christmas. When I was a child I got a lot of presents. Toys, clothes, candy etc. Of course, these are useful when you’re a kid. Even if we didn’t have all the money in the world, I still got them. Today when there’s a lot of unemployment, not all kids have the privilege to get presents. There’s always been poverty in the world. Unfortunately, people with money don’t even think there are people less fortunate than them. They just don’t think about it even if they should. There’s more selfishness in the world which is a sad thing. Especially at Christmas. There are a lot of lonely people who would like to get some company for a present. Christmas is about caring for other people. Material things don’t make a person happy. Instead of wasting time and energy looking for presents, why not give some love and affection instead?

If you really need to buy presents you should only buy one to your family members. If you have friends, only give presents to those closest to you. If you have e.g. 20 friends, think if you really need to give them anything. I don’t think anyone would buy presents to people they barely know. Unless they’re really wealthy.
There’s a lot of different ways to make other people happy. Even the smallest thing is good enough. Presents can be given without having to buy material things. You can give your time to a senior citizen. It doesn’t need to be anyone you know. The kindness of a stranger is the best present anyone can get. If you have friends with families, you can promise them to do something for them. Babysit their children so they can have a stress free day for example.
If you’re a couple how about taking them to a spa. Or maybe make one of their fantasies come true. It doesn’t even need to be sexual. Surprise him/her with something they didn’t expect you to do. Like, cook them a meal if you’re not a cook.
Presents can also be made by yourself. When I was younger I made a pincushion for my mother in school. It was a bit too small though but it was the thought that counted. Presents like that are priceless. You can’t buy creativity from a store.

What I would like for a Christmas is people to have respect for one another. It can’t be that difficult. There’s so much negativity in the world. All that has happened in the world this year needs to be stopped. Humans can’t behave like savages forever. We shouldn’t live in fear. Kids shouldn’t bully other kids. There shouldn’t be sexual harassment. Yes, some women do it too. People should be what they are without having to explain themselves to others. The world is not perfect and never will but someone needs to make it better. It should be Christmas every day where people care about each other. That would be the best Christmas present ever.