My mind corruption began with Christian Bale and then Lee Pace continued and now Tom Hiddleston is there to finish the job.

Back online on the computer. You get a lot of things undone when you don’t have internet connection on your computer. When you get it back it’s a balm for the wounds. There are so many things you need to do online so you can’t really do much when it doesn’t work. Like paying bills or sending important documents and that kind of stuff. Internet is not only for fun, you know. When you can’t get online, spam gathers in your email inbox as well.

Another balm to your wounds is watching movies and especially when there’s a lot of extra footage. That’s what The Hobbit DVD’s has. I’ve already seen them but watching them again it feels like I haven’t really seen them. I know I have but it still feels like a new thing. Actually, there is only one I haven’t seen and that was about Thranduil. The reason is Lee Pace. That man is so gorgeous and especially that smile of his. Um, I was saying. Watching those behind the scenes footages I taught me a lot about movie making. I have some experience of that from school but that was nothing compared to the movie-making business. Movies, in general, is a great balm for the wounds. One of the reasons why I buy DVD’s and Blu-rays are for the extra footage in them. You don’t get that from Netflix or any other place like that. Unless someone had downloaded them on Youtube.

Probably the strongest balm to your wounds is music. It has helped me get through happy and tough times. When my mother died, listening to music was the cure. Especially Duran Duran. Without them, grieving would have been much harder. I can even concentrate better when there’s music is in the background. If there would be silent I would be listening to the smallest sounds and nothing would get done. Everyone should have a balm that makes them feel better. If reading a book is your thing, you should do that. Any balm to your soul and inner peace is good. As long as it’s healthy so smoking and drinking is not an option.

As a Gemini, I have two sides. One is the quiet and observant introvert and the other is an opinionated and honest individual. But only when I’m around people I know. It’s a juxtapose of a Gemini. Most people don’t realise there is another side of me. But they don’t usually bother to get to know me better to find out. If I act differently from the usual people are surprised. I do have that ‘crazy’ side but I only show it to the right people. I might look serious but I can be silly too. It just needs to be the right moment and mood. When I’m comfortable with someone I show that other side to them.

I don’t know what it is. Maybe it’s an age thing but recently I thought about past happenings. People I met and so on. Especially experiences from the opposite sex. I won’t go into detail since it’s personal stuff. Let’s just say, it feels like I attract idiots to myself. It’s either guys I don’t feel drawn to or it’s guys that are idiots. Mostly the latter. No wonder I fall for men I can’t have. It saves me from heartache. I never meet anyone like Tom Hiddleston or Lee Pace. OK, I don’t know them for real but they seem decent and not arrogant at all. But there’s is no such men in real life. They probably wouldn’t even look my way. Some men expect women to be like models but the men themselves look like they’re from a horror movie. It’s all true, good men are hard to find. They either taken, gay or idiots. If I used something like Tinder I would probably be rejected there too. Some might be scared to be dying alone but I don’t stress about it. Once you’ve seen the promising land, single life, there is no turn back. That’s better then be cheated on or be dumped because of the guy found someone much younger than you. At least that’s what you read about. It doesn’t mean it would happen to me.

I’m more than meets the eye but it’s always been about looks. Even in friendships. From my experience, girls especially, are quite judgemental. If you don’t do girly stuff, you’re out of their circle. This is just my point of view. It doesn’t mean it’s entirely true. I met women who aren’t like that at all. But when you’re a teenager, these things affect you. I guess my former classmates were self-observed. They probably didn’t even have bad skin. If girls don’t judge you, then the opposite sex will. Being yourself isn’t enough. You also have to look like any other girl/women. I don’t envy teenage girls of today. With this internet thing and all. It’s a sensitive age where this kind of things can affect you. It doesn’t help that these celebrities date or marry beautiful people. Boys see these girls/women and they grow up thinking this is what women should look like. I think it’s a bit strange how these celebs find these people and even marry them. How could they know they find the one? Do they choose them because they don’t want to be judged by other people? I just think it’s isn’t entirely possible to find the one among beautiful people. It could even be me. What I’m saying is, looks aren’t everything but in my world, it seems to be. I’m a likeable person and I care about others but I don’t get any credit for that. But because I look the way I do, I get overlooked.

Beauty is in the eye of the beholder. If someone judges you by your appearance, they only look down on you. People like that are not worth having. It’s really their loss if they don’t want to be your friend or date you because of the way you look. I used to feel so worthless and unwanted. The good thing about getting older is that you stop caring what others think. I’m happy for who I am and I don’t need to change because someone has a certain formula to go by. I don’t have to act or look like any other female. I’m a tomboy for crying out loud. This post, in the beginning, might sound I felt down but that was an hour ago. That’s a juxtapose of a Gemini, I change my mind all the time. What I don’t change is my way of looking at the world. I try to stay positive even if it’s sometimes hard. I wish others would think more about deep things in this superficial universe. There are more important things to care about than how you look to other people. All that matters is that you feel good about yourself and you’re proud of who you are. 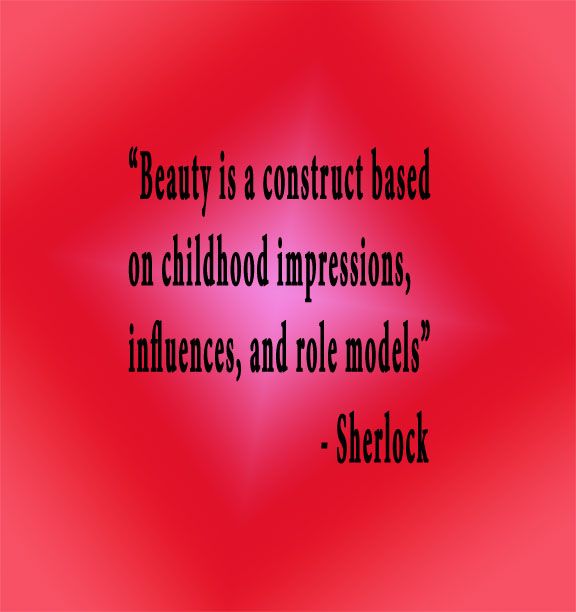