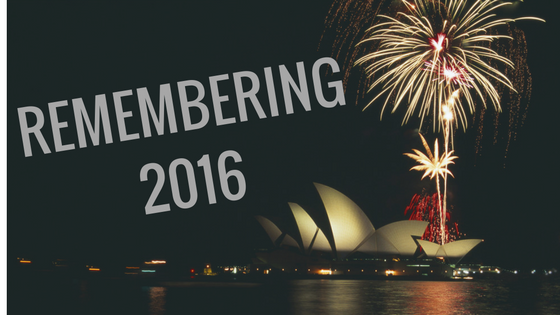 Let’s go to part one of this retrospective. Read part one here.

July
Another quiet month. Must have been the summer and also my trip to St. Petersburg. It was also one of those lazy months when the heat kicks in and you feel out of focus. One Line Sunday was on at least. I was a lot in my mind palace. Writing fan fiction is the reason most of the time.
I applied to a school to study web design and my main concern was how to get passed the interview. Things I know now.

August
If July was quiet on this blog then this month it really was. Beside the One Line Sunday my motivation was indeed low. The only thing I posted was about the new muse that I found. Damn that Tom Hiddleston and The night manager TV series. The Olympics was also the reason why I didn’t blog much.
Something good did happen and that was I got in to the web design education I applied to. Yay me.

Most popular post: A muse who doesn’t know it

September
It when hell broke loose. Living in the dorm that is. Studying new things are nice but when the school day is over, the free time is nothing but silent. What’s worse is that, the internet in the dorm is so slow, blogging is a pain. I did start a new blog about my studies though.
I tried daily inspiration but I failed even if I did write something. One of them was about my expensive bucket list.

October
Now this was busy month in my blog. I got soaking wet from standing in the rain while waiting for the bus to get home. I went to the dentist twice in a week because my teeth are breaking in pieces.
I’ve realized a lot in my life and now I realized web design is not as easy as I thought it was. I should keep calm about the matter but I’m hating myself for not learning. Am I slow or plain stupid, are thing going through my mind.
Writing and especially fan fiction takes my mind out of troubles.

November
I learned some new English words and put them in good use in my blog posts. Words like, Elicit, Sated and Hyperbole. Then I took a chance and bought a ticket to see Robbie Williams next year.
Wrote some more poems and more about Finnish culture. I got a bit too excited when I saw the traffic on my blog but it was actually my visits when I wasn’t logged in.
One of my favorite Formula One drivers, Nico Rosberg became champion and then about a week later he announces his retirement. I didn’t write about the latter in the blog though.
I ended the month with a list with likes and dislikes. In other words, the naughty and nice list.

December
Advent calendar in a blog wasn’t a bad idea. I got write every day which was an achievement in itself. It had poems, Finnish Christmas traditions and photos I’ve taken. Not forgetting One Line Sunday. I also wrote my 500th post this month. I had a client I had to make a website for but I still had time to do some blogging. When the on the job learning was over, there was still a week left of school which I passed. There was snow when I left and when I came home, it melted all away again.
This was also the month when my mother passed away 3 years ago.
Christmas time is a time to relax and we relaxed by traveling to Riga. Unfortunately good things come to an end and the news about George Michael’s death was unfortunate. If that wasn’t enough. Carrie Fisher passed away as well.
Even if there’s still time to post on this blog this year, I think this is the last one.
So thank you for reading and for the follows. Have a happy new year everyone and see you next year.