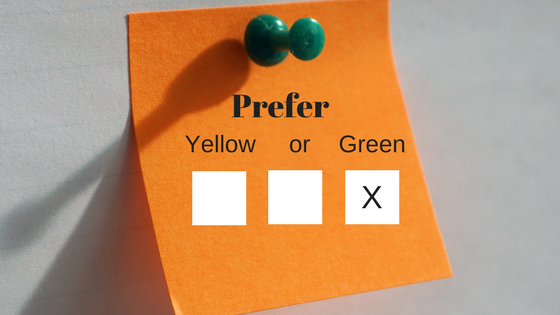 I used to make a list to me about which one I prefer the most. It could be a colour, a person or just about anything really. I did it for fun. I drew 3 boxes on a paper. The middle was neither way or both. A bit like the one on the photo above. This time I’ll do it differently so here we go.

Blue. White makes me look pale. Blue is also my favourite colour. When I was a child I used to stay in the swimming pool until my lips were blue. I liked it that much. But that’s just a fact about me so that’s not the reason why I like the colour the best. My eyes are blue too.

Comedies definitely. The only romantic movie I like is ‘Sleepless in Seattle’ I think romantic movies are too boring for my taste.

This is a difficult but maybe Thor. I have this love/hate feelings towards Loki. I find him irritated but yet if he wasn’t in the Marvel movies, I wouldn’t care much. It’s also because of Tom Hiddleston. Later on that.

Pinterest because it’s more versatile and you can use it better on the computer. Instagram is kind of new to me. I’ve only had it a couple of years. The problem with it is that you can’t post there from a computer. I use it more for looking at other people’s photos than posting my own.

Dark hair or Blonde on men

Tall, dark and handsome. Cliché but so true. I’ve always fancied men with dark hair. In the end, it doesn’t really matter what hair colour they have. It’s about the person anyway.

Neither but if I had to choose it would be a cat. I used to be terrified of dogs but I guess time heals. Cats are more independent so you don’t have to take time out for a walk few times a day. I’m actually a bunny person. Those were to only ones I dared to touch. Even though when I see photos of both on Instagram, I could almost get one. I don’t have the time or money to have a pet though.

This is a no-brainer. Tom obviously. I’ve never understood the Channing fascination. I never found him attractive in any way. I don’t know much about his acting skills since he makes movies I don’t care much about. He had a small part in the Johnny Depp and Christian Bale movie ‘Public Enemies’ but that’s all.
Tom on the other hand, wow. I could talk about him all day. I tell you a secret. He’s (and Lee Pace) the inspiration for my poems on this blog. I never thought I would like him this much as I do now. That’s what you get when you stare too long. Acting skills and appearance etc.

Winter because of snow. When we get it that is. Some people think it’s too cold or too dark but it suits me much better. Summer is too hot and too light. Summer is good if the weather is mild and it gets darker later. I still prefer winter though.

Lastly but not least.

Walking. I hate running. It feels like my legs are falling off. It’s sweaty too. I have sensitive skin so it begins to itch and I get a rash. It’s very unpleasant. I also hate being in a hurry. Walking is much nicer. My walk is usually fast-paced but sometimes I walk slowly too.

So that’s what I prefer. Feel free to comment or ask something if you need some clearance of what I wrote. Maybe some of you like the same things or maybe you have something to add. If not, I hope you enjoyed this blog post.