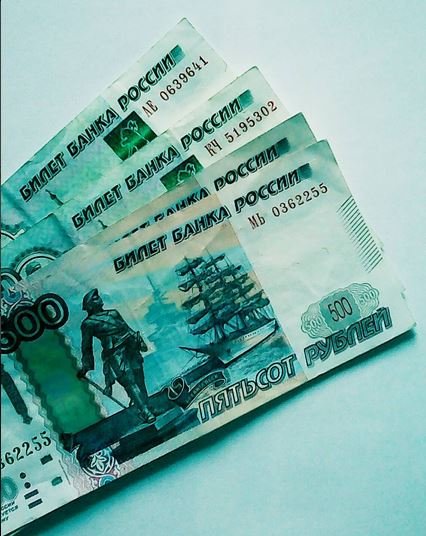 No matter how much you tell yourself material things doesn’t matter, it actually does. Only if you live in poverty, you realise you can live without it. I just don’t want to be in that situation. I have never had lot of money nor my parents. I learned to save. I can thank mother for that. I only buy things that I actually need and can afford. But you never know when you don’t have money. Bad luck can strike anyone so it’s better to be safe than sorry.

Recently I have spent too much money on material things and that concert ticket. But I’ve only bought things at discounts but that’s still not cheap. I never liked shopping in stores so online shops are heaven. I mostly buy music and movies. Sometimes t-shirts but that as far as clothes go. I rather buy them in stores than online. I still buy CD’s and DVD which I’m never sated enough of. I actually prefer watching movies from a disk. Earlier this year I bought a player where you can watch both Blu-ray and DVD’s. I don’t see the difference between them. I think they quality is the same. But that’s not the reason I buy Blu-ray. Because sometimes there are more extras in them than on DVD’s. They’re more expensive but not that much. Besides they always go on sale half price when the movies gets older.

Right now I got 62 DVD/Blu-ray altogether if you don’t count TV series and extended versions. That’s a whole other list. I’ve seen almost all expect the latest I bought recently. If you look at the list I made in IMDB, the 6 last items are new. Two of them are Swedish movies I watched when I was a kid. You can tell a lot about a person what kind of movies they watched. I have quite a lot of fantasy and action/drama movies because I’m always been fascinated by them since I was a child. Maybe that’s one of the reasons I have a good imagination. It’s not from books for sure since I don’t read them that much. I prefer movies. Some of the DVD’s I own are movies I’ve seen on the movie screen.

But then there are movies I’ve never seen but yet I bought them. Why you ask? The reason is the actor. I usually don’t choose movies to watch by looking who’s in it even if it helps. But this certain British actor, what words should describe it, melted my heart. No it’s not Benedict Cumberbatch even though I like him a lot too.
It’s Tom Hiddleston. I’ve never seen any movie he’s been in. No even Thor and those Marvel movies. The only thing I’ve seen him in The Night manager mini series. I wouldn’t say it was the greatest but not bad either. The reason why I watched it was because Hugh Laurie was in it. But Tom was a gorgeous bonus. Which he is. Actually he’s the inspiration to my poem Smokin’ hot. Don’t think I only go for his looks. I’m sure his acting skills are great too. I only have to watch these movies before I can judge. Honestly I didn’t even think much of him before until I saw the TV series. It takes a while for me to like something and when it does strike, there’s no turn back.

There are things money can’t buy. You don’t get sensible money spending until you learn the value of money. Only spend what you can afford. The problem begins when you loan money from the bank and you can’t pay it back. You can’t buy common sense and that’s the most important thing no matter what you do in your life. If you don’t have that, no wonder people have debts up to their necks. As long as I have money, I’m sated. With that thought. I won’t be buying anymore DVD’s or anything else for that matter in a long time. There are more important things to pay than material things.